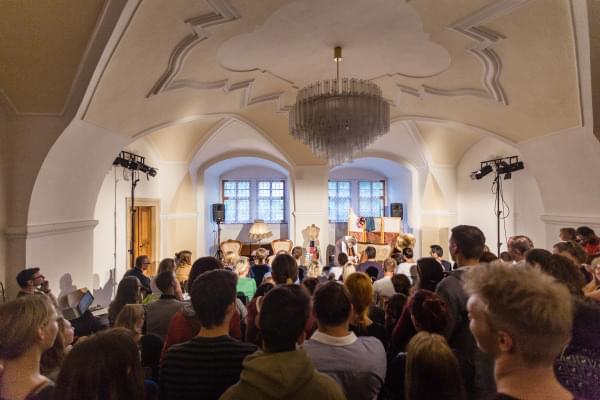 Unexpectedly, the boss and his wife, Hubert and Ynes Finidori, come to the young household to visit. They were probably invited - but they didn't come until tomorrow and Henri and Soňa would be completely taken by surprise. There is nothing to offer, the conversation is stuck - and it constantly makes itself known to a small child of hosts who refuse to sleep. The fundamental questions are being addressed - is the halo of dark galactic matter flattened? Does the boss always have to be right? How to hide torn stockings? And is a child entitled to a biscuit after brushing his teeth? Martin Cirkl with his head in the stars, Marek Himl as an arrogant boss, Eliška Malíková in the role of a successful maternity woman and Jana Trsová as a food expert in child psychology will find themselves in the same situation three times - and show what little things can determine not only one evening but the whole following life.