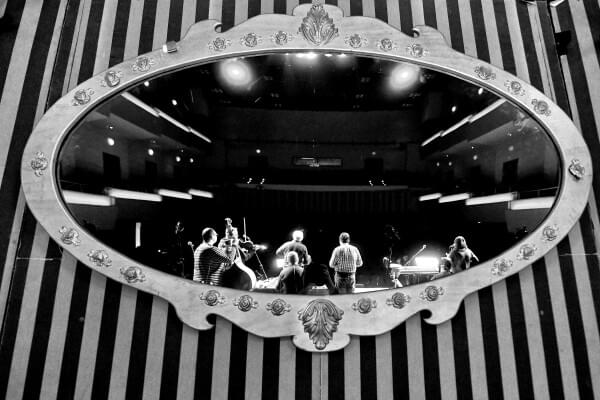 The White Doe has been in Drak Theatre’s repertoire since 2016. The music for this production was composed by Jiří Vyšohlíd.

In February 2022, on the occasion of the 100th anniversary of Jan Skácel's birth, Drak Theatre, together with the Hradec Králové Philharmonic, Jiří Pavlica and Hradišt'an, organised a special evening in honour of the great poet. The evening also included a performance of The White Doe, from which a professional audio recording was made. It is now being released in the form of a CD.

On the occasion of the release, the Hradec Králové Philharmonic Orchestra will play from the terrace of Drak Theatre.