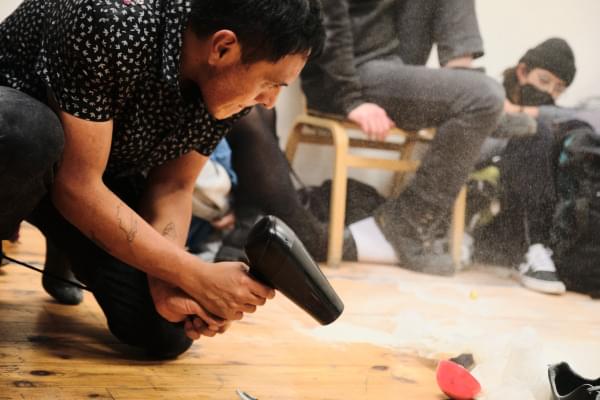 We watch birds and wonder, how can they do it? They just take a small impulse and seconds after they're over the past. It's so easy for them to leave things behind, and this is only because of the gift of flight. Is it because they are small and light? Why is wind so helpful and friendly with them and only with them leaving us stuck to the ground? Wandering albatross is the biggest flying bird. It crosses the ocean on its own many times per year. He can do that, almost running out of energy because it doesn't need to flap, it takes advantage of sea currents and manages to go as far as the imagination can tell almost effortlessly.  So many images come to mind when thinking of flying out from unbearable conditions. Those may be whatever: a social crisis, the economic collapse or private personal dark memories. Apparently, freedom has an extremely short menu of versions on earth conditions, there are so many things that we can´t do, places we can´t go, experiences we can't have. This is a solo performance inspired by the physics of flying. Flying to get closer or to run away. Flying to chase a new prey or to avoid the tempest.

Daniel Victoria. Bachelor degree in Dramatic Literature and Theater, from the Faculty of Philosophy and Letters of the UNAM (México) and currently cursing the Master Degree in Directing of Devised and Object Theater at the Academy of Performing Arts in Prague. He has participated in workshops with Eugenio Barba and the team of performers of the Odin Teatret, stage direction with Stefan Kaegi, director of the Swiss company Rimini Protokol, and dramaturgy with Alexi Campbell of the Royal Court Theater. He has studied theoretical seminars around the contemporary scene with researchers such as Ileana Diéguez, Gabriel Weisz, Reinaldo Laddaga, Tatiana Bubnova, José Antonio Sánchez and Julian Hetzel. He has been granted with the Young Creators Program in the Scenic Management (México) in its 2012-2013 version, as well as the Program for the Promotion of Cultural Projects and Co- investments in its 2013-2014 edition, both from the National Fund for Culture and the Arts (FONCA-CONACULTA ).

Another performance of this artist